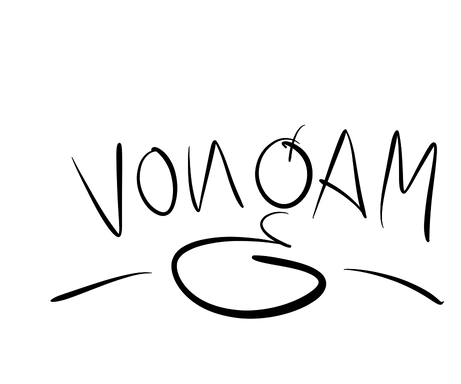 Started in feb 1978 as The Pain ’78. Changed name to Von Gam within the first year

The band took a ”short” break after the gig at ”Rock-källaren” in Växjö, Sweden April-23, 1983. Was reunited in Stockholm in November-14 2015 for the Release party of ”Vägra Raggarna Benzin”.

The band members met in grade school and one night aprox. ten years later in 1978 being in their mid-teens they got the crazy idea to start a band. No knowledge, no instruments, no music, but the next day they started to promote Von Gam in their hometown. They studied posters of rock bands to figure out the next step and came to the simple conclusion that a three man band has to consist of; One drummer, one bass player and one guitarist.

Since Socke had had a two week crash course in acoustic guitar, he was selected as a lead guitar player. But both Fripps and Tjup were eager to play the drums since they considered strings to be a complication. They decided to draw a lot to see who would get to play the drums. Fripps won the draw, which meant that he got to call on an ad for second hand drums in the local newspaper. If they were still for sale when he called, he would get to be the drummer. Tough luck! They were sold and Tjup who got to call on the next ad got to buy a fancy Pearl drum set in gold and could announce himself a drummer! :-)

Fripps, now assigned as the bass player, without never ever having even seen one in real life, accepted the fact, as did the rest of the band their brand new instruments and titles ;)
At that time Von Gam’s promotions skills definitely exceeded their musical ability and they where immediately booked for two concerts within the first two weeks. The two debut concerts were held for aprox. 300 people and was refereed too in the local paper as ”Most likely a big debut for the band...”, What a surprise ; ) 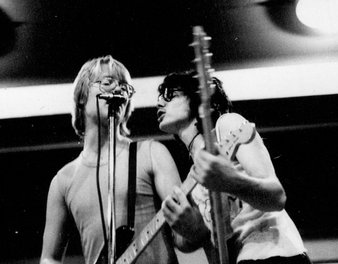 The band made their own music from the start. They found it  simply so much easier to learn and remember than songs made by others. The first tune was a cheerful one with lyrics in english, called ”I Hate you”.

This fearless band not only made their own music, they even made their first amplifiers. In a magazine they found a guide, ”How to make your own 1000 watts guitar amplifier”. Said and done. They bought two plastic bags of assorted electrical components like transistors, diodes, resistors from the local supplier of electrical goods called ”El-Greken” and started soldering. The cabinets were made from chipboards and were painted black. After a couple of weeks they finally could put the plug in for the first time and low and behold - there was sound!

So we’re a band.
A band without a record?
No way!

The band that never had the patience to look for a record deal. Tried once, and got rejected.
The solution was obvious, just do it yourself.

The first step was to start up their own record label called GAM Produktion. They were all big fans of Kriminella Gitarrer, Torsson, The Push and just about everything released from Studio Bombadill in the small town called Klippan. So the next step was to call the Demonproducent (The Demon producer) Pål Spektrum and after convincing him they became the first non-local band to record in the studio and with Pål Spektrum as the producer.

On the 13th of october 1979 they took the train from Växjö to Klippan. After a long search they found both the studio and Pål.

He asked the band what songs they were recording and for the arrangements. The band declared that they hadn’t decided on any songs yet and that he should not expect any arrangements other than who’s the guitar player, bass player and drummer.

Pål suggested that the band should sit down and decide on a song while he went off the liquor store to get some beers, since he now realized it was going to be a very long day. By the time he returned The band had decided to play the songs ’Hasse Parasit’ and ’Mode’.

While recording, Sticky Bomb from the band Kriminella Gitarrer and who later became the drummer of Wilmer X suddenly showed up in the studio. He liked what he heard and joined the band by singing background vocals. The first punk record from the Växjö area was made.

The signum of the band was from the start ’fast and furious’. They played all the songs as fast as they could, according to their motto ’faster than the Ramones’. Nevertheless, Tjup was always playing the 16th note on the drums and kept it up a whole concert. He is probably one of the fastest and endure drummers ever.

However, Von Gam were knowned to randomly do  concerts playing all the songs in Reggae and Ska versions. Decisions like these were always last minute and taken on their way to their gigs. 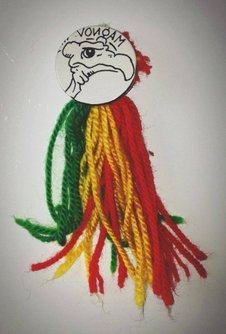 Fripps on guitar and Socke singing

From the Gothenburg gig (Pic by Zäta)

The smallest Tour Bus ever. One needed to hike.

1983 Last gig before the break

2015: Reunion at the Release party for Vägra Raggarna Benzin in Stockholm

One of Kagerlands amazing books about punk. Honoured to be a part of this one as well.

Do you have any Von Gam pix or stories?